Where is the Best Place to Advertise? 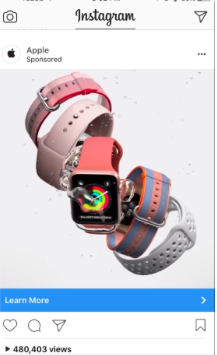 One of the most apparent challenges that affects most businesses today is advertising. The days are long gone when people open the traditional print newspaper and take the time to turn the pages to read the news. So, why would they read the printed advertisements that well known brands, and lesser known brands are paying good money for?

Stats Canada shares some statistics, and as you can see the decline has been steady since 2013.  The demographic the advertisers want to appeal to are not using newspapers, in particular to get information, so in all probability will not be influenced by the advertisements either.

We have all the different demographics to take into account, as we do with print advertising. The Millennials, those who are influencers and online shoppers are listening to iTunes and Spotify for their entertainment.

An interesting statistic from 2015 I found via the Government of Canada shares that:

Obviously some radio advertising is working on a National level.

Revenues have dropped, and here is an interesting statistic I found via Financial Post Tech Desk:

When talking to the Millennials it’s quite funny to discover that most of them have no idea what a commercial is on traditional TV, this monster that interrupts their viewing time, it must be a dinosaur!

Both platforms used by large brands, such as Apple to showcase their products. You will see the word “sponsored” so at least you know it’s an advertisement, but a very pleasing to the eye.

Obviously regular users are advertising by sharing their graphics, but now you can have campaigns with promoted pins and set your own budget.

Video marketing, advertising, commercials, all wrapped up and packaged to perfection. YouTube has made it known that there is a 100% rise in use every year, which obviously make this, I think, the most popular option for 2017 and moving forward.

Before you jump in and spend money on advertising, research, do your homework and be aware of the new trends and the demographic you want to reach. Always measure the success of your advertising and get feed back from your clients, they know what they like and why they stay loyal to a certain brand.

There are more specific statistics available online if you search for them, this is a simple opening to the topic in question. I am hoping it will enable you to be more educated when you decide to spend your budget on advertising.